The Italian Government has now definitively chosen the path of the compulsory green pass, setting aside any other potential policy, namely, mandatory vaccination. From 15 October to 31 December 2021 (the current deadline for the end of the state of emergency), the use of the Covid-19 Green Certificate has also been extended to both the public and private workplaces.

Statutory Decree 127/2021, issued on 16 September 2021, provides that all public servants and public sector staff of any kind, holders of elected offices (members of Parliament, for example), judges and judicial office staff (except for lawyers and experts to not undermine the principle of defence) must possess a certificate to access the workplace. The same obligation applies to the private sector. Indeed, the new regulation extends an obligation already introduced on a large scale in other sectors: schools and universities, catering services, hospitals and health facilities; sports shows, events, and competitions; museums, other institutes and places of culture and exhibitions; swimming pools and gyms; fairs, conferences and congresses;  cultural centres, indoor social and recreational centres (…); almost all means of transport, except for urban travel, for which compliance with anti-contagion measures (mask, safety space,...) is still required. For a more comprehensive overview, see here.

The Certificate must attest that at least one dose of vaccine has been inoculated. Alternatively, a negative molecular swab in the previous 72 hours or a negative rapid swab in the last 48 hours, besides recovery from Covid-19 in the previous six months, provide green light certification. The Certificate is required in the 'white zone' as well as in the 'yellow', 'orange', and 'red' zones, where services and activities are permitted.

The decree also specifies what consequences workers who do not have a green pass will face: their absence will be considered unauthorised and they will be deprived of their pay for their days of absence. The employers are expected to verify that workers hold a green pass and 'report' non-compliance to the competent authorities.

A separate discussion concerns healthcare staff. The Ministry for Health has clarified that the anti-Covid-19 vaccination of health workers is an essential requirement to carry out their professional activity (see here). This vaccination is necessary for new professionals’ registration and must remain over time, or health care workers will face suspension. The first legal challenges filed by the health workers against this provision were disregarded by the administrative courts, who confirmed the lawfulness of the suspension as based on the sensitive role of health workers. It is, in fact, manifest that unvaccinated health staff is capable of infecting the entire health structure in which it operates (a circumstance that presumably occurred over the first wave of the pandemic).

Starting from 15 October 2021, the Government started verifying the effects of the statutory decree issued on 16 September 2021.

Presently, we are witnessing a substantial protest against the regulation, both by right-wing political forces (Lega, Fratelli d’Italia), and trade unions. According to the former, not getting vaccinated would infringe on freedom; the latter fear its impact on labour. Police officers are particularly at risk of being sanctioned. According to estimates, 21,000 policemen and 13,000 prison police officers will no longer be in service by 15 October 2021 unless they do comply with the green pass requirements.

Indeed, the green pass involves multiple problems and governments, each in their way and with their political equilibrium, try to deal with it by introducing tools that, on the one hand, safeguard public health and, on the other hand, allow for a return to a normality of economic and social relations.

My position is that the green pass is not the best solution possible. However, it is the only political mediation available to the Italian Government to address the vaccination campaign conundrum.

In what follows, I try to justify this opinion.

One of the most important criticisms is that mandatory vaccination is imposed by introducing the green pass. The main consequence would be the violation of personal freedom, understood as the legitimate refusal of medical treatment (not mandatory by law) or the illegitimate obligation of continuous, invasive, and expensive practices such as swabs. The criticism is explicit: the green pass requirement should be based on a statute that imposes mandatory vaccination. Otherwise, the green pass would be illegitimate, lacking a constitutional basis. The conditions to make the green pass lawful can be discussed extensively, presumably without reaching any certainty.

Does any constitutional provision support the Covid-19 Certificate requirement? At first glance, one would say no, since a statute on compulsory vaccination is necessary. The Covid-19 Certificate, as a condition to do something, is not a mandatory health treatment because it allows persons to undergo a swab instead. It is questionable whether this is a requirement that prevents the exercise of rights rather than a simple condition for carrying out specific activities, particularly in the economic-productive field. Let us bear in mind that the Constitution subjects personal rights, such as freedom of movement, to constraints and limits 'for reasons of health and safety' (Article 16 of the Constitution). The structure of such a provision is precisely to set conditions for exercising rights rather than barring them. Of course, in the current context, conditions are severe. Still, the pandemic circumstances we face are wholly exceptional and cannot be met with ordinary measures.

Thus, the Government may choose between introducing mandatory vaccination or operating through different tools, such as the Covid-19 Certificate, which presupposes vaccination or the constant undergoing of antigenic tests.  Therefore, the discussion is not about an illegitimate policy but a 'political' decision. There is no doubt that a political choice was necessary to work out the opposition to the mandatory vaccination manifested on several occasions by political forces in the coalition Government (particularly the League and the Five Star Movement). The Lega and Five Star Movement representatives have been reiterating their opposition to mandatory vaccination up until this date. The Italian Government, therefore, does not have the votes in Parliament to impose it.

Nonetheless, a continuation of the green pass system beyond the state of emergency (due to expire on 31 December 2021) would be worrying, and in this case, borderline unconstitutional. If the pandemic is still a concern after 31 December 2021, the Government could (and should) consider introducing mandatory vaccination. Political parties, in turn, should take responsibility in Parliament to vote against it, even before a worrying health situation. A fourth wave of the pandemic looms and concerns of new variants that could 'pierce' the vaccine’s protection and make collective efforts useless remain.

After all, there is a clear precedent about the route to follow. The infamous Statutory Decree 73/2017 enlarged compulsory vaccination for kids and teenagers by adding six new vaccines to the previous four to stop the progressive decline in vaccinations that had reached a 95% threshold. Various regions raised a question of constitutionality before the Constitutional Court, which, through Decision No 5/2018, concurred with the Government by stating that:

considering the unsatisfactory vaccination coverage at the present time, prone to criticality in the future, this Court considers that it falls within the discretion - and political responsibility - of the Government bodies to appreciate the supervening urgency to intervene, in light of the new data and the epidemiological phenomena that have emerged in the meantime, and in the name of the precautionary principle. This principle is required to oversee a very sensitive area for the health of every citizen such as that of prevention.

Another criticism against the green pass policy is that it discriminates by excluding non-abiding persons from work, education, etc. It essentially divides Italian society into first-class citizens, who continue to enjoy their rights, and second-class citizens, whose constitutional fundamental rights (equality, personal freedom, work, study, freedom of association, freedom of movement, freedom of opinion) are restricted. While this policy distinguishes between those who own the Certificate and those who do not, one should wonder whether this distinction is discriminatory. Above all, it is doubtful whether the green pass violates the principle of equality in its primary meaning that similar situations are treated equally and those different differently. Without any provocation, we could claim that the green pass policy constitutes a correct implementation of the principle of equality as it determines differentiated treatments due to different situations.

Finally, allow me to engage with those who reprimand the green pass policy by adopting a perspective that conceive rights as unrelated entities. I would like to stress that the Italian Constitution also provides duties. Apart from the duty enshrined in Article 32 of the Constitution on mandatory vaccination, Article 2 of the Constitution seems unusually absent from the debate, precisely where, after recognising human rights, the Republic demands that fundamental duties of political, economic, and social solidarity are fulfilled. In 1948, in Italy, the integration of a divided polity revolved around political and economic-social grounds. Differently from today, those political duties were perceived as essential glues of social life. For example, the obligation of military service was rightly considered an instrument to strengthen national identity and dilute social and territorial differences.

Similarly, in 1861, in Italy, the centralisation and nationalisation of education were considered a strategic element of unification of the country. In essence, the transformations to which the community is subject and the new dynamics that these transformations entail require a continuous adaptation of duties as the glue of society. Today that glue is derived from the need to face the pandemic as a 'community'. Of course, duties cannot only have the grim and intrusive face of State command or sacrifice to which the benefit it produces is not visibly correlated. If, in other words, they refer only to the setting of the authority-freedom relationship typical of liberalism, duties indeed cannot become an 'inclusive' factor in modern democratic systems. In accordance with the rationale of Article 2 of the Constitution and the historical and evolutionary meaning of the concept, solidarity is the strong relationship that binds persons to each other by promoting the idea of mutual help and support. After all, everyone is aware of the strong interdependence that binds everyone to each other.

In this perspective, the commitments that we assume as citizens do not solely derive from the command of the State (or other legitimate authority). Yet, more deeply, we accept them because we are 'parts' of a community. In the same perspective, however, it is entirely acceptable to criticise a Government of (almost) national unity on its 'solitary' management of the emergency. The ousting of Parliament from the most important decisions does not fit with the idea of a Republic that, while it recognises rights, at the same time, requires the fulfilment of duties of solidarity. 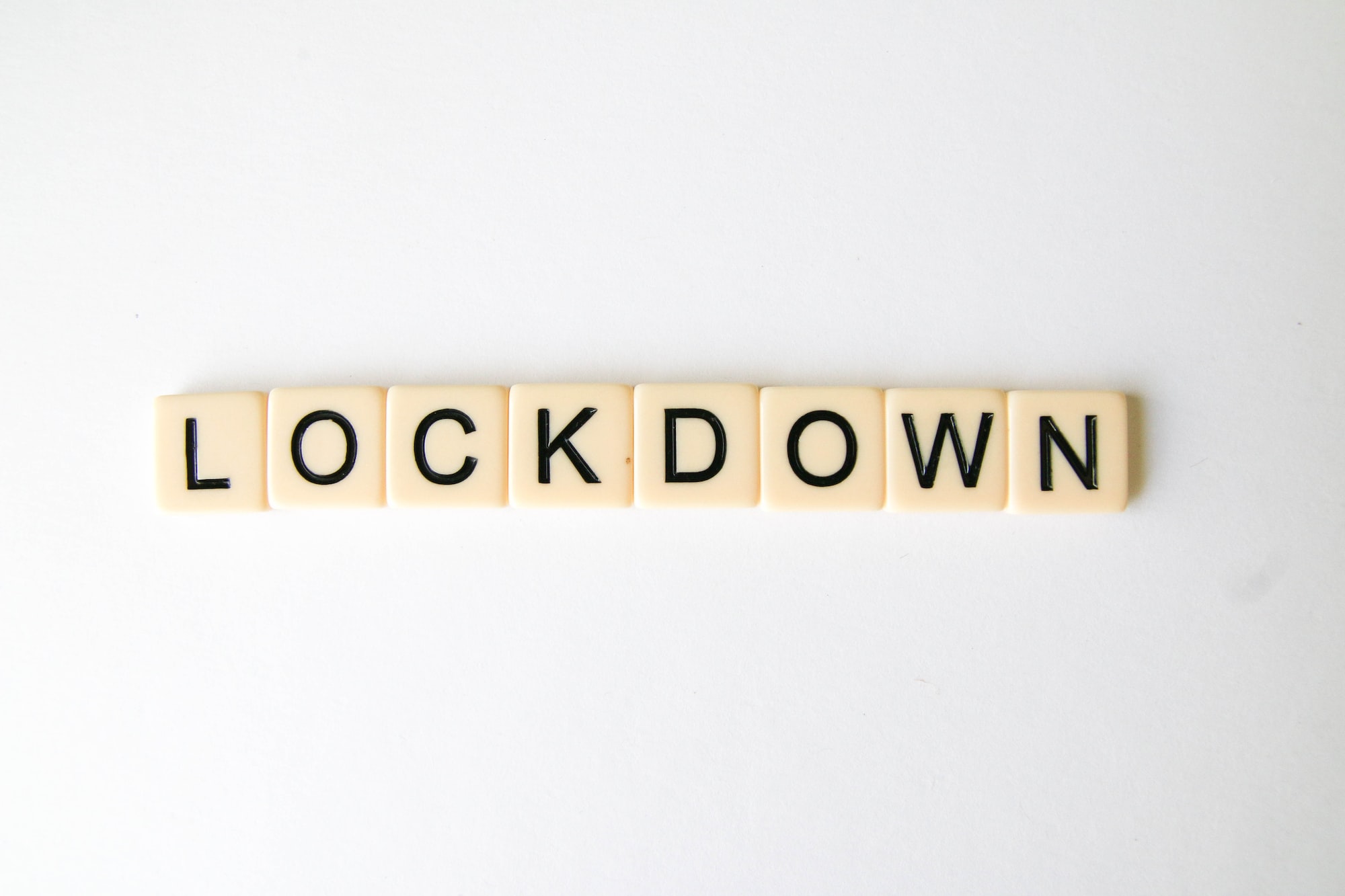 At the moment, Austria is experiencing a rapidly growing number of Covid-19 cases which are putting ICUs under strain again. One reason for this development is a relatively low vaccination

A PDF version of the following report can be found here. Executive summary I. Law-Making: The Principle of Legality & Multi-level Government A. General B. Federal Systems and Multi-Level Government