As mentioned in the Editorial (Part I) of this Blog Symposium, the Parliament of the Autonomous Community (AC) of Galicia, Spain, has recently passed Law 8/2021 amending the regional Health Act of Galicia (‘HAG’) in order to introduce, inter alia, the possibility to impose administrative fines on people who ‘unjustifiably refuse’ to comply with a mandate to be vaccinated against a given disease. This is the first-ever explicit legislative provision in Spain setting out sanctions for those opposing vaccination.

This reform might undoubtedly be discussed from the perspective of its appropriateness and usefulness – the Spanish Covid-19 Vaccination Strategy explicitly opted for a model of voluntary vaccination, and the February 2021 survey conducted by the Spanish Centre for Sociological Research showed that the level of vaccine hesitancy had lowered considerably in the country over the last few months, with eight out of ten Spaniards now willing to receive the Covid-19 vaccine. Beyond that, however, the reform raises certain doubts about the policy's constitutionality, both from a substantive and a distribution of powers-based perspective.

In spite of what the amended HAG suggests, for the time being there is no statutory obligation to get vaccinated against Covid-19 or any other disease in Spain (neither under Spanish law nor under the laws of the Autonomous Communities). Quite the contrary: under Spanish legislation, vaccination is voluntary and requires the patient’s prior, free, and informed consent as a general rule (Article 5(2) of the Spanish Public Health Act).

However, the existing legal framework can be read as allowing the administration to impose vaccination mandates on individuals and/or groups in exceptional circumstances. This results from Article 3 of Organic Law 3/1986 of 14 April on Special Measures for the Protection of Public Health, which reads as follows (emphasis added):

‘(…) In circumstances of urgency or need for the protection of public health (…) health authorities may take, in addition to general preventive actions, appropriate measures for the control of sick persons, persons who are or have been in contact with them and the immediate environment, as well as those considered necessary in cases of risk of a communicable nature’.

It should be noted (as further explained in the Lex-Atlas: Covid-19 Country Report for Spain) that any measure imposed on the basis of Organic Law 3/1986 restricting fundamental rights must be confirmed by the judiciary before it can be enforced, in what can be seen (partially) as compensation mechanism for the broad scope of discretion granted to administrative authorities under that piece of ‘emergency-oriented’ legislation.

Although Article 3 of Organic Law 3/1986 does not make specific mention of compulsory vaccination, it has been used to impose it in some (quite a few) cases in the past. The most widely known example dates back to 2010, when, in the midst of an outbreak of measles disease in the city of Grenada, Andalusia, a court authorised the mandatory vaccination of 35 children on the basis of the right to health protection (Article 43 of the Spanish Constitution (Constitución Española, ‘CE’)), using the mechanism provided for in Article 3 of Organic Law 3/1986. The court stated that the vaccine should be administered ‘without any kind of inhumane or degrading treatment’ and that for that purpose ‘the health authority may request the assistance of the State Security Forces and Corps, if necessary’. This was later upheld in an appeal to the High Court of Andalusia, which found that the measure was proportionate and ‘justified by the need to achieve herd immunity which, in addition to protecting individuals not vaccinated due to individual contraindications from infection, allows the eradication of the disease in a given geographical area’.

The Spanish Constitutional Court (Tribunal Constitucional, ‘TC’) has never assessed the compatibility of Organic Law 3/1986 or of concrete vaccination orders with the CE. Although there is no ex ante constitutional prohibition against adopting extraordinary measures in the context of a health emergency −including those involving forced medical treatment - any such measure restricts fundamental rights and therefore must meet certain requirements.  They must (i) be justified in the protection of an overriding public interest − such as the fundamental rights to life and physical integrity in Article 15 CE or the constitutional right to health protection in Article 43 CE; (ii) be established by law (or sufficiently anchored in a norm with the rank of law: Article 53(1) CE); (iii) respect the core content of the affected rights, and; (iv) be proportionate. The doubts raised by Article 3 of Organic Law 3/1986 concern mainly the legality principle: the provision amounts to a rather vague source of power when it comes to the imposition of vaccination mandates, not only because they are not explicitly mentioned, but also because the provision is riddled with indeterminate legal concepts that allow for a broad margin of administrative discretion at the point of implementation. Moreover, it has been interpreted and used in the past so as to allow the imposition of forced vaccination − as opposed to ‘merely’ mandatory vaccination, which might pose problems of proportionality (see further, here).

What does the amended HAG add to this framework? As noted above, it empowers the Galician Administration to impose fines on those refusing to comply with the obligation to be vaccinated. Refusal to comply with a vaccination order is considered a minor administrative offence which can be punished with an administrative fine ranging from 1,000 to 3,000 euros (Article 41bis(d)). However, it can also amount to a serious or very serious administrative offence, with a corresponding fine of up to 60,000 euros or 600,000 euros respectively, if the vaccine refusal ‘could pose a risk of serious or very serious harm to the health of the population’ (Articles 42bis(c) and 43bis(d), emphasis added).

However, there is no provision directly imposing any vaccination mandate whatsoever, but merely a detailed version of what is already contained in Article 3 of Organic Law 3/1986. Indeed, Article 38(2)(b)(5) of the amended HAG sets out that (emphasis added):

‘In accordance with the provisions of Organic Law 3/1986 of 14 April, in order to protect public health and to prevent its loss or deterioration, the regional health authorities may, within the scope of their powers and when so required for urgent or necessary health reasons, impose the submission to prophylactic disease prevention measures, including vaccination or immunisation, with information, in any case, about the possible risks related to these measures’.

Beyond the striking joint reference to the ‘imposition’ of these measures and the ‘information about the possible risks’ associated with them, these provisions pose a number of constitutional issues that deserve close attention.

On one hand, there are good reasons to conclude that a framework for compulsory vaccination such as the one envisaged by the amended HAG cannot be legally shaped by an AC. Under Article 81 CE, the ‘development’ of fundamental rights can be carried out only by means of organic laws, which are pieces of legislation that are constitutionally reserved to the Spanish Parliament (therefore being out of the reach of any regional parliament) and the passing, amendment, or repeal of which require an absolute majority of the members of the Congress of Deputies in a final vote on the bill as a whole. The TC has made it clear that this special statutory reservation has a limited scope: it applies only to the ‘direct development of the central features of fundamental rights’, and thus ordinary laws (passed by simple majority of either the Spanish Parliament or regional parliaments) can regulate certain collateral aspects pertaining to them (judgment 6/1982). Nonetheless, it has also stated that measures restricting fundamental rights need to be adopted by means of an organic law (judgment 101/1991).

That being said, the question is whether the amended HAG restricts fundamental rights on its own. One may argue that it does not, because (i) it just introduces a clarification, for legal certainty purposes, of a restriction already contained in Organic Law 3/1986, and (ii) it does not directly impose any vaccination duty, but merely empowers the administration (subject to prior judicial authorisation) to do so. However, a different −and surely more persuasive− interpretation is possible too: by setting out a regime of (severe) administrative fines in the event of non-compliance, the regional legislator has considerably intensified the pre-existing restriction, in breach of Article 81 CE.

On the other hand, the new Galician rules on compulsory vaccination might also be unconstitutional in substantive terms. From this perspective, doubts arise on three accounts.

The first one concerns the principle of legality (see above, with regards to the vague wording of Article 3 of Organic Law 3/1986). In all fairness, the problems in this regard are relatively minor because, in spite of its open-ended wording, the amended HAG can be considered more detailed than the State-wide legislation.

The second problem concerns the tests of adequacy and necessity and their application to the current pandemic because, by contrast with other diseases, there seems to be no scientific evidence at this point that Covid-19 vaccines prevent contagion. This raises the question of whether Covid-19 vaccination mandates purporting to protect collective health can be imposed on the basis of risk and efficacy forecasts conducted by the legislature and the administration (whose degrees of democratic legitimacy and technical expertise surpass those of judges). However, should it become evident that Covid-19 vaccines do not stop the spread of the disease, the only possible remaining justification for them would be the need to prevent the collapse of the healthcare system (for which vaccination mandates should probably need to be imposed generally and not to isolated individuals or small groups).

Lastly, the amended HAG raises constitutionality issues regarding the test of proportionality in the strict sense, which is relevant here for two reasons. On the one hand, the way in which Article 3 of Organic Law 3/1986 has been used in the past suggests that it allows for the imposition of forced preventive measures, which would be now coupled with administrative sanctions. On the other hand −and more evidently, the amount of the administrative fines provided for by the amended HAG is undoubtedly higher than what would be necessary to achieve the goals justifying them (and, again, their determination depends on extremely vague legal concepts, which brings us back to the legality problem).

Will it be applied?

Not surprisingly, a few weeks ago the Spanish Government announced that Spanish Prime Minister Pedro Sánchez would lodge an unconstitutionality appeal before the TC against the amended version of the Health Act of Galicia. The appeal has recently been declared admissible by the TC, which has also ordered the interim suspension of the contested provision. It remains to be seen how long it takes for the Court to rule on the merits of the case, considering that it has not yet decided on last year’s unconstitutionality appeal against the restrictions imposed by the Spanish Government under the March-June 2020 state of alarm. Time to sit tight and wait. 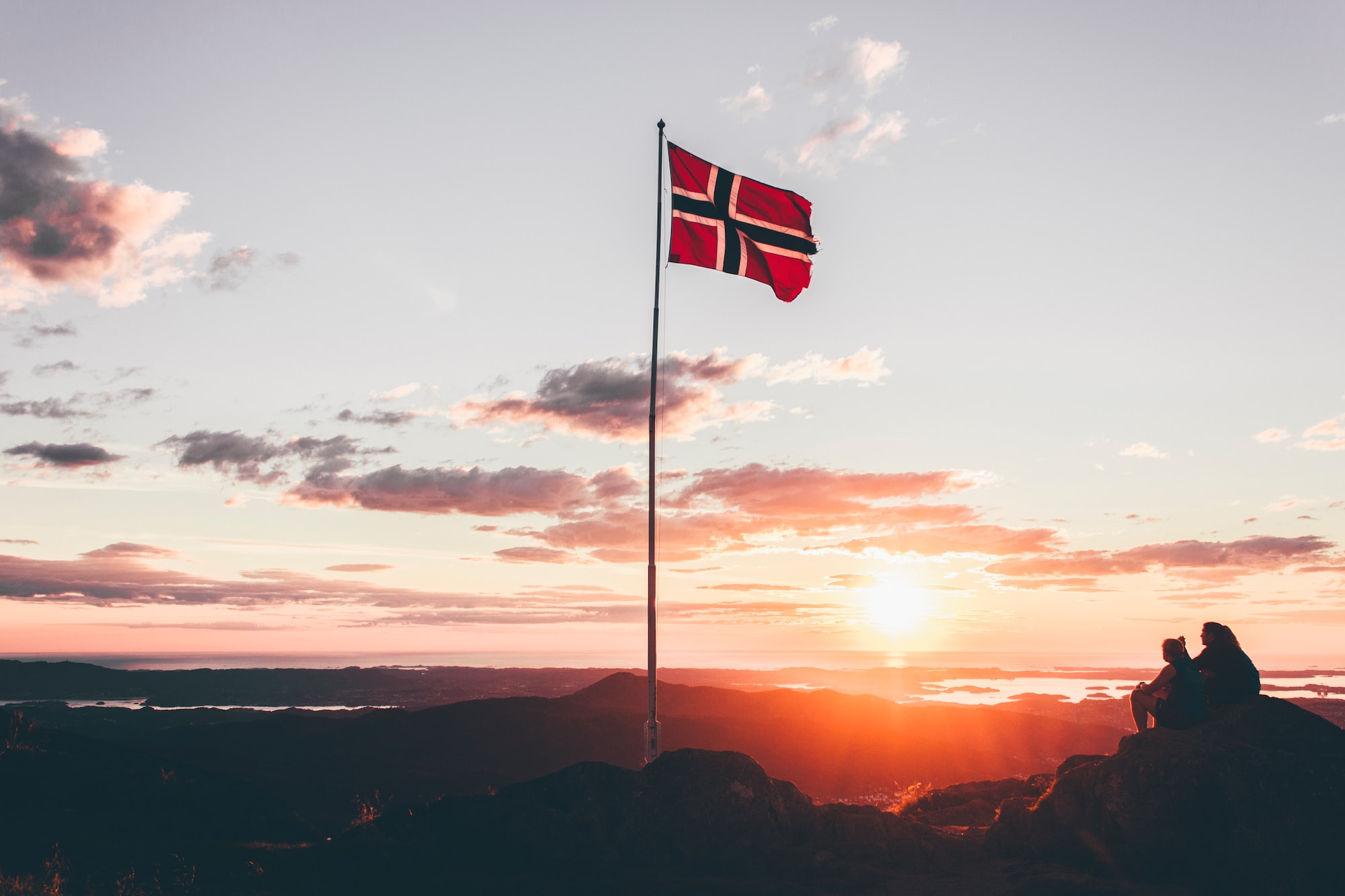 Vaccination against Covid-19 started in Norway on 27 December 2020. At the time of writing, Norway had fully vaccinated around 6,6% of its population and provided the first dose