Peru was one of the countries hardest hit in Latin America by the Covid-19 pandemic, both medically and economically. Recently, the transitional Government of President Francisco Sagasti revealed the figures of those infected and deceased during the pandemic: at the end of June 2021, more than two million had been infected and more than 190,000 had died. Furthermore, the pandemic produced an acute economic recession which meant, among other things, the loss of more than two million jobs and several million more people becoming poorer.

Faced with this dramatic situation, the transitional Government managed to acquire a sufficient number of vaccines against Covid-19 which suggests that, by the end of 2021, a large part of the population will be vaccinated. A reflection of this trend is that the speed of vaccination campaigns at the national level has accelerated. Likewise, economic indicators suggest that, in 2021, Peru will partially recover from economic recession.

In parallel, the presidential and parliamentary elections were held to elect the new President of the Republic and the new national Parliament between April and June 2021 respectively. The second round of the presidential election (ballotage) generated a strong social confrontation in the country due to the victory, by a very narrow margin, of the leftist candidate Pedro Castillo. This electoral result was not accepted by his right-wing rival Keiko Fujimori, who claimed electoral fraud and made use of various legal resources, media campaigns, and social protests to try to overturn the result in her favor and discredit the electoral system.

The candidate Fujimori did not achieve any of her objectives, but she managed to divide the country in two: part of the population considers that the elected President Pedro Castillo was legitimately elected and the other that he won by fraud. The electoral system and the international electoral observation missions have not found any indication of electoral fraud, except for some minor irregularities that do not change the final result. In this way, the President-elect Pedro Castillo faces, from the beginning of his administration on 28 July 2021, a political and social polarisation rarely observed in the republican history of Peru that, paradoxically, celebrates its bicentennial on the same date. 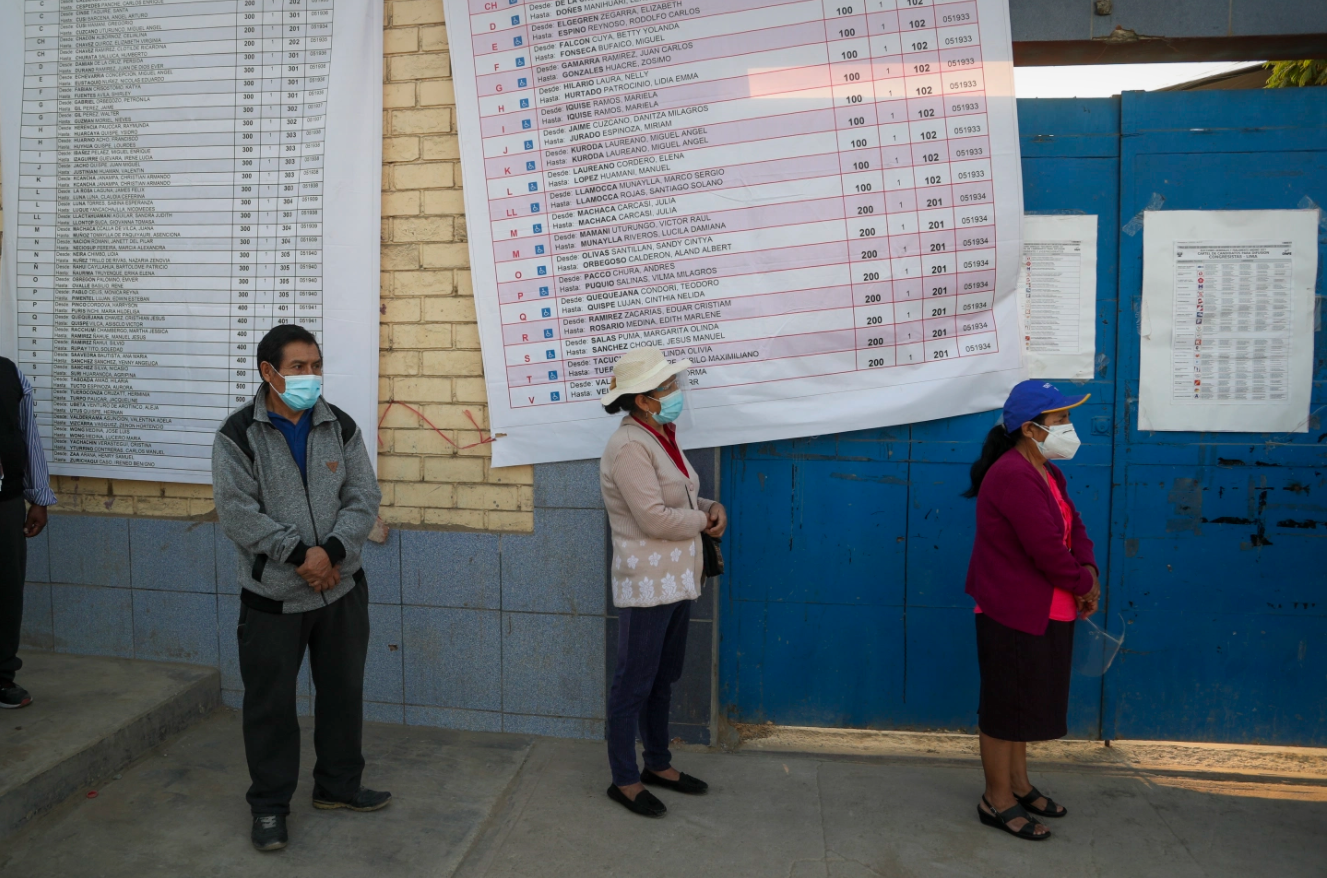 On 11 April 2021, the general elections took place in Peru to elect the new President and Congress for the period 2021-2026, with an absolutely unpredictable and discouraging result from

Principal Professor of PUCP Law School, Director of the CICAJ Legal Research Center of the PUCP and Consultant of the Foundation for Due Process (DPLF) — Rapporteur for Peru

The Team may be reached at the following email address: peru@lexatlas-c19.org