In December 2021, the Supreme Court of Jamaica in Parkins and others v Cari-Med Group Ltd and Kirk FP Ltd [2021] JMSC Civ 183, struck out the public law elements of a claim for breach of contract and breach of constitutional rights brought with respect to the Covid-19 vaccination policy of a private employer. The court declined to consider relief under Jamaica’s 1962 Constitution, amended in 2011, which provides for the direct horizontal application of the Constitution. The claimants have appealed against this decision. Section 13[5] provides that the Constitution’s new Charter of Fundamental Rights and Freedoms ‘binds natural or juristic persons if, and to the extent that, it is applicable, taking account of the nature of the right and the nature of any duty imposed by the right.’ Rights infringements may nevertheless be ‘demonstrably justified in a free and democratic society’ (Section 13[2]).

Several commentators, including Government officials, have grounded vaccination policies by private employers in the duty of employers to create a safe working environment. The scientific evidence indicates that Covid-19 vaccines are safe, and that vaccination is essential to management of the pandemic and protecting the health and lives of all. However, the critical question arising from this recent case is not so much whether employment vaccine policies can be legal but, as Doris Reiss argues, when such policies are legal, and, additionally, the extent to which the Jamaica Constitution sets any of those parameters.

To date, the Government has neither introduced vaccination requirements, nor sought to regulate their introduction in contexts like private employment. Several private sector organisations and the Jamaica Confederation of Trade Unions in September 2021 produced a Protocol Advisory for Businesses on the implementation of Covid-19 measures in the employment context, including vaccination policies. It makes recommendations based on the legal duties owed by employers and employees under statute and common law.

Like many developing countries, Jamaica initially struggled in making vaccines widely available and accessible to all. The first doses of the AstraZeneca Covid-19 vaccine became available in Jamaica on 15 March 2021. As Jamaica received vaccines through the COVAX facility and other sources, vaccines became more widely available. Despite the broadened availability of Covid-19 vaccines, vaccination rates in Jamaica are among the lowest in Latin America and the Caribbean. On 31 January 2022, only approximately 25 percent had been fully vaccinated. A recent poll found that as many as 60 per cent of Jamaicans opposed vaccine mandates for adults.

Soon after the issuance of the Advisory Protocol for Businesses, Cari-Med Group Ltd, a leading distributor of medical equipment and pharmaceuticals, introduced a Covid-19 Vaccination Policy, which came into effect two weeks later, in October 2021. Employees were required to provide proof of vaccination, unless reasonable accommodation was approved due to a medical reason. Those who failed to comply with this policy were required to provide proof of a negative PCR test every two weeks, at their own expense. Despite the reference to ‘reasonable accommodation’ exemptions, employees so exempted were also required to present PCR test results every two weeks, at their own expense. The policy also provided that an employee with ‘mild to moderate symptoms from the vaccine’ should apply for sick leave if they needed to stay home beyond the vaccination day, but it did not address compensation for adverse reactions to the vaccine.

In October 2021, five employees of Cari-Med Group Ltd brought a claim for breach of contract and breach of constitutional rights with respect to Cari-Med’s Covid-19 Vaccination Policy. The five claimants were women employed by the Group in managerial and other capacities. They gave various reasons for objecting to vaccination, including their religious and moral views and health concerns—one woman was pregnant, another hoped to become pregnant, one said she was allergic to similar vaccines, among other health concerns. In general, these concerns were not supported by medical or scientific evidence before the court.

In striking out the constitutional law claim in Parkins, Supreme Court Judge Wint-Blair J held that the claimants had an adequate alternative remedy in private law. While Section 19 of the Constitution gives the Supreme Court original jurisdiction to hear complaints about breaches of Charter rights and grant appropriate remedies, ‘without prejudice to any other action with respect to the same matter which is lawfully available’, it also allows the Supreme Court to ‘decline to exercise its powers […] if it is satisfied that adequate means of redress for the contravention alleged are available to the person concerned under any other law.’

Wint-Blair J rejected the inclusion of the constitutional claim also because she was not persuaded that it engaged fundamental rights under the Constitution. The claim asserted breaches of the rights to life, liberty, and security of the person, freedom of thought, conscience and belief, equality before the law, protection from search of the person and privacy of communications. In the judge’s view, the claimants failed to provide evidence to support a breach of any of these rights. However, her emphasis on painstakingly evaluating the evidence at such a preliminary stage, prior to trial, is questionable.

The judge correctly observed that a claim based on the right to equality before the law under Section 13[3][g] was not well founded, since that right does not incur horizontal application. Her readily dismissal of possible breaches of some of the other rights, notably, security of the person and freedom of conscience, is less persuasive. Wint-Blair J reasoned that the constitutional claim involved a clash with the guaranteed rights of the employer, and she complained that the claimants appeared to take the position that ‘the balance should be tilted to one side without regard for the provisions of the Charter which give equal rights to both parties’ [283]. Ironically, the logic of Section 13[5] precisely heads in the direction she doubted, that of transforming some non-state actors into ‘both bearers of rights and bearers of constitutional obligations’ (Constitutional Court of South Africa, Khumalo and Others v Holomisa (CCT53/01) [2002]), given the ‘‘great resources’ and ‘far-reaching powers’ of some non-state actors and their ability to have ‘an adverse impact on fundamental rights and freedoms of other persons and entities'’ (Report of the Joint Select Committee on its deliberations on the Bill entitled an Act to amend the Constitution of Jamaica to provide for a Charter of Rights and for Connected Matters). The need to balance the respondent’s rights is relevant at the second stage of inquiry under Section 13[5]—in determining if the measures taken by the respondent are demonstrably justifiable in a free and democratic society.

While acknowledging public-private sector distinctions in determining the legality of private employer vaccination policies, several scholars signal that some public law principles should directly or indirectly influence the response to the pandemic in the private sphere. Notably, in the Lex-Atlas: Covid-19 project, Jeff King and Octavio Ferraz call for ‘a publicly coordinated framework of legislation’ to regulate employment vaccine policies to ensure that employers ‘are not left with excessive or arbitrary power over the basic human rights or basic needs of other persons.’ In the absence of a state-initiated regulatory regime, they recommend that employment vaccine policies be guided by principles which have a distinct public law cast—necessity, proportionality, and equality. Eminent Caribbean jurists Rose-Marie Antoine and Sir Dennis Byron also indicate that the constitutionality of vaccination policies introduced by the state will likely influence their legality in the private sector.

As Jud Matthews points out, courts are usually willing to apply constitutional rights horizontally when there is ‘a normative gap in the ordinary law that could plausibly be filled by a constitutional norm.’ Employment and industrial relations law establish important boundaries for employment vaccine policies, including the need for proper consultation in their development and appropriate dispute resolution mechanisms. There is a possibility that in focussing on the private law side of the claim, the Jamaican courts will examine indirect horizontal effect of public law on contractual duties and rights. Common law courts have implied in employment contracts public law principles of reasonableness and rationality in situations where there is a clear conflict of interest and significant imbalance of power, to ensure that the contractual powers are not abused.

If the Jamaican courts dismiss the direct horizontal application of the Charter, they must contend with the indirect application of public law principles in evaluating the breach of employment contract claims. The pandemic is an exceptional global crisis that has occasioned an exponential growth in law-making and rule-making, with far-reaching implications. This includes not just the unprecedented expansion of law-making by the executive. It also includes a substantial broadening of rule-making by the private sector for employees and customers, especially as businesses seek to revive the economy.

Several questions arise in relation to the Cari-Med vaccine policy. Among them, the absence of a meaningful accommodation for medical exemptions from vaccination; the lack of provision for compensation in the event of adverse reactions to the vaccine; the existence of a periodic review of the policy; the choice of PCR testing instead of rapid tests; and the absence of guidance in situations where an unvaccinated employee reports a positive PCR test result and how a vaccinated employee testing positive for Covid-19 will be treated. It is difficult to consider that such questions, including those questioning when employment vaccine mandates are legal, can be adequately evaluated at trial without the direct or indirect application of public law principles. 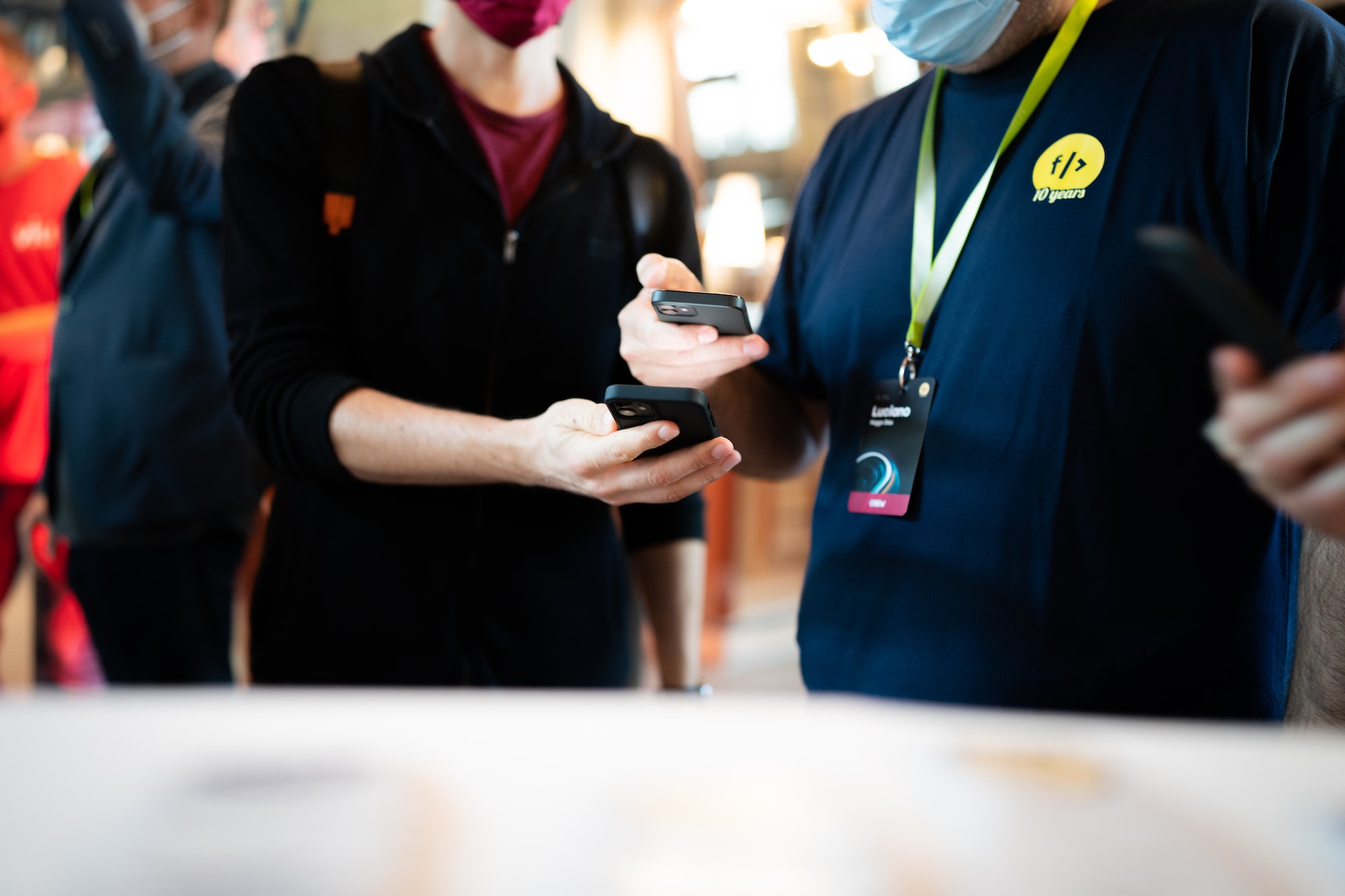 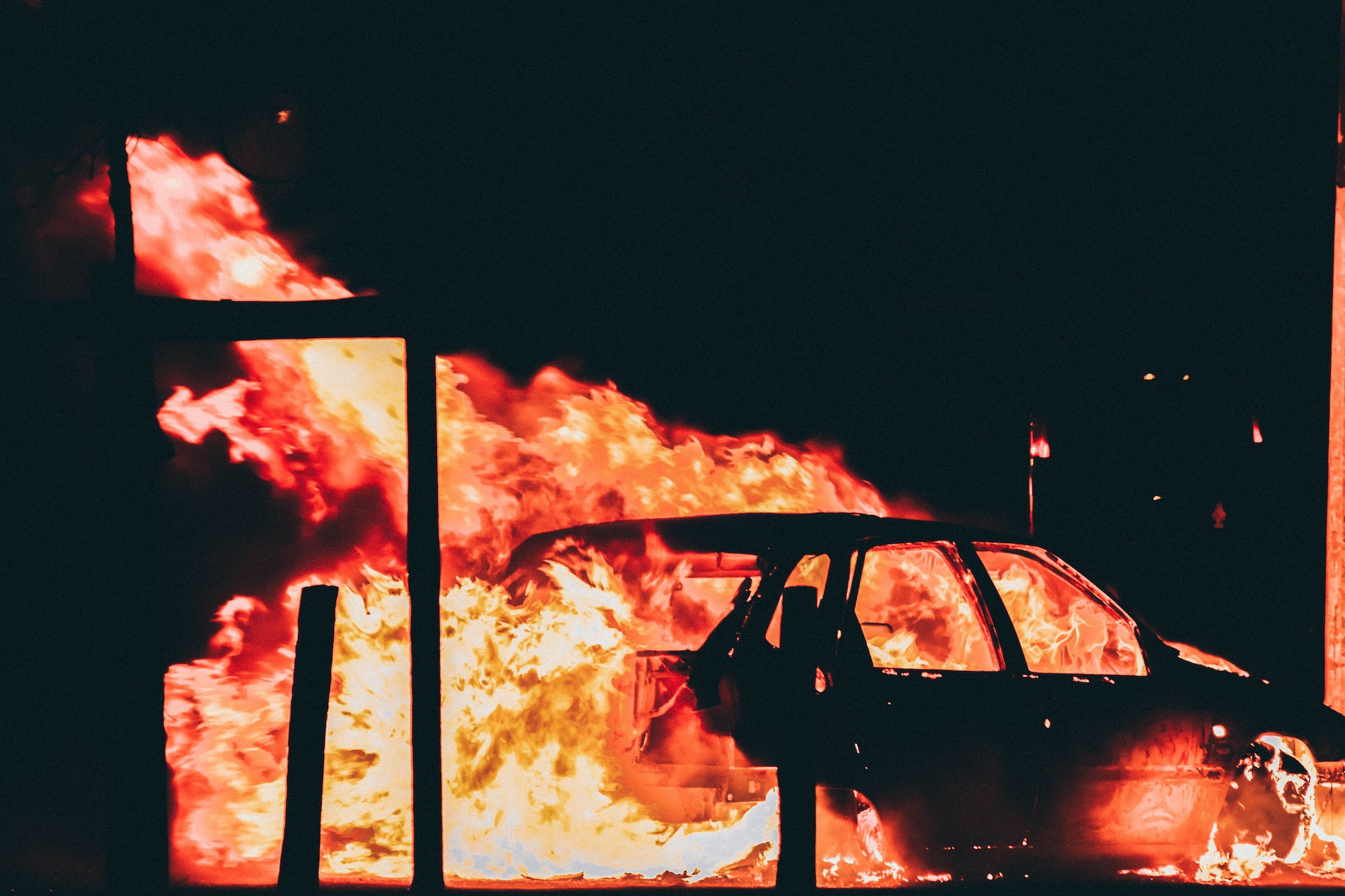 As in other European countries, France decided in the summer of 2021 to require a green pass to access some places. This pass is a QR code which can be